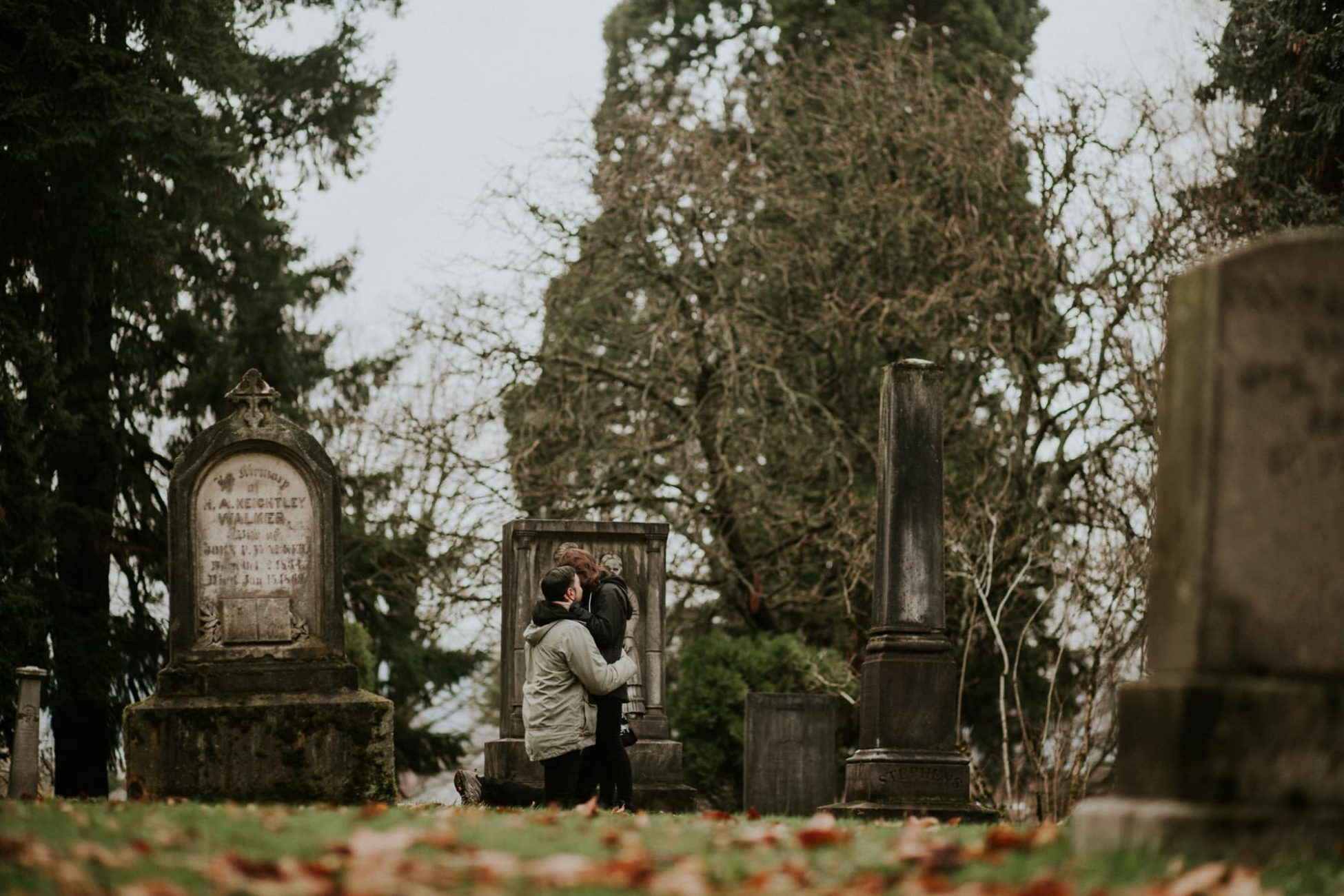 You guys, I didn’t think anything could make me more sentimental or giddy than photographing weddings. Until I photographed a proposal, that is. It was just so damned cute and quirky. Best of all? They chose to do it in a cemetery. Now these are my kind of people!

Mike & Sheila have been dating for five years and have known each other for ten. From the sound of it, both their parents were nudging them in the right direction towards nuptials. They came from Boston, Massachusetts for their first trip to Portland and I think it’ll be a memorable one at that. Self-proclaimed weirdos who love spooky things and graveyard exploring, Mike says Sheila’s eyes lit up when he first told her about the cemetery. Better yet, check out that mega spooky grave he picked out.

Congratulations to Mike and Sheila on their upcoming nuptials! <3