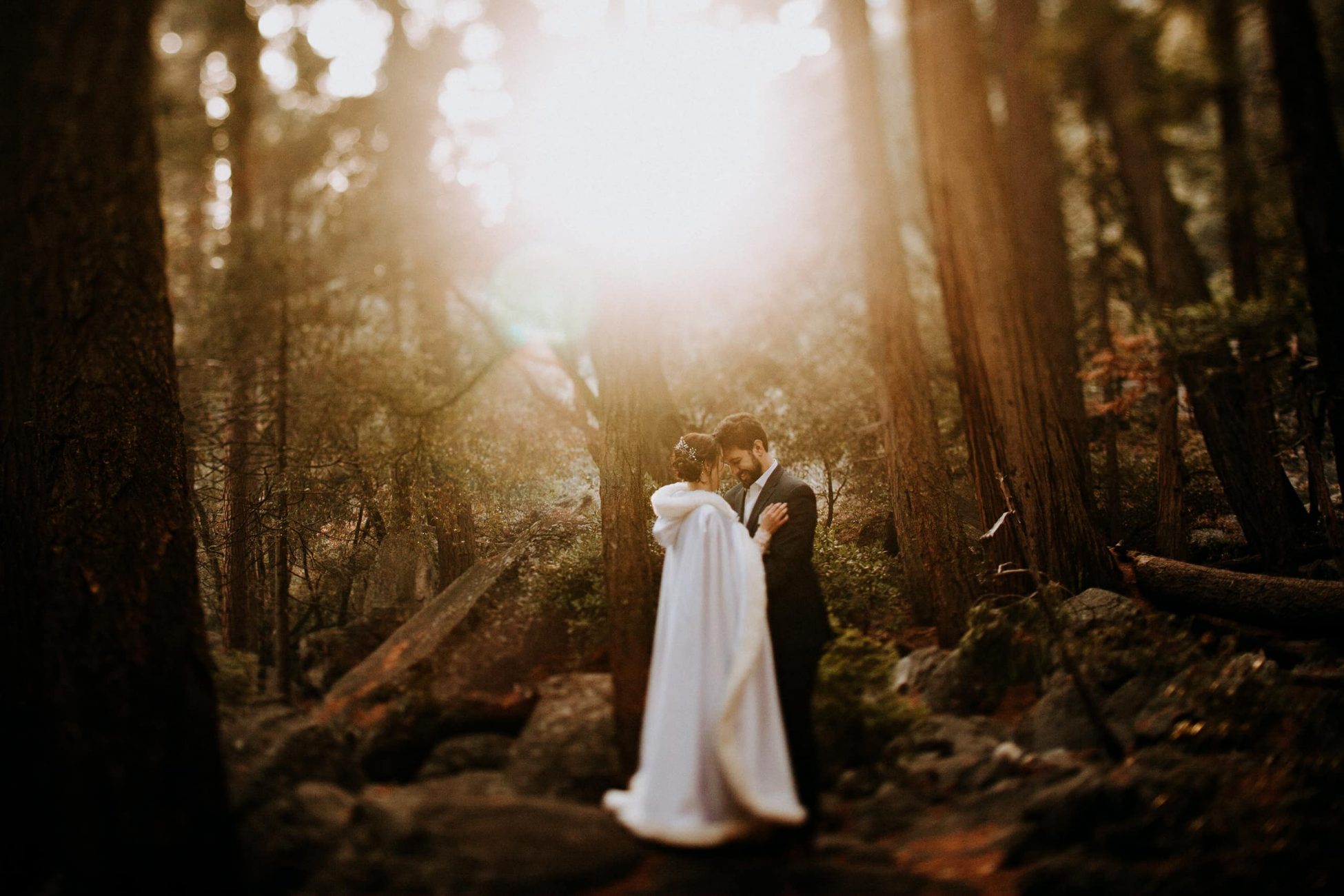 Rachel and Oliver are total babes. They met on Tinder 3 years ago and said it was love at first swipe. Their first date was at the Houston zoo and three years later these two were exchanging nuptials for their Winter Yosemite Elopement.

But first, the proposal. Oliver had planned a dinner at their house where he was meaning to propose… until he ate too much cheese and drank too much wine while cooking (I mean, how relatable is this?) and didn’t even eat dinner. They were so full they didn’t even make it to the champagne and he ended up casually proposing on the couch. If this isn’t love, what is?

Yosemite’s reputation precedes it. I mean, why else would people plan their elopements or engagement sessions in this National Park, sight unseen?

I absolutely love it. After spending a summer working and living in Yosemite National Park for 4 months and making my yearly hiking pilgrimage, I’m always excited for the opportunity to show another beautiful couple around the Sierra Nevada mountains. So when Rachel & Oliver told me this was going to be there first time in the park, that they were coming from Texas and just about to move to the Netherlands, I knew we were going to have to make it a good one!

Check out my other Yosemite sessions here!